Back in October, a proposal to have students’ Christmas breaks be declared earlier than usual to help ease traffic congestion was raised.  The proposal was met with criticisms because it posed a negative impact on school calendars and significant activities such as periodical examinations and graduation ceremonies.

This week, a new proposal to address traffic woes became a trending topic in social media:  the 3-digit coding plan to be implemented in Metro Manila from December 1 until the first week of January.  This means that a vehicle will not be permitted to use major thoroughfares for two days, instead of one.

To better appreciate the scheme, below is a table of the days when a car is not permitted in Metro Manila roads, based on the last digit of the car’s plate number:

The significant increase in passenger and commercial vehicle sales this year influenced the DOTr’s decision to push for the 3-digit number coding scheme.  They thought it best to test the effectiveness of this plan next month when motorists and commuters are expected to double in number because of the holidays.

Are you in favor of driving your car only 3 days a week for the entire month of December? 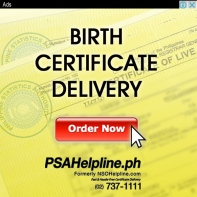